Holidays!
We will be on holiday from 9.6.2022 to 27.6.2022. The shop is available, orders will be shipped after 2th of June 2022.
Thank you for your understanding!
Brexit
Dear customers in the UK, please note: Due to the new tax regulations in the UK after brexit the minimum order price for orders to the UK is 150€. If you want to understand why, please follow this link. All orders above 150€ are shipped without German VAT, so the price marked as "netto" is the relevant price for UK orders.
Orders to Northern Ireland are not affected, please use Northern Ireland as your country at checkout. Do not use UK!
HomeBodhransRWEThe ChangeHED system

The RWEchange and some CoreLine drums offer the CHangeHED skin holding system by Christian Hedwitschak. It allows to easily change the head and the tuning rim of the drum. This opens a lot of new possibilities:

During the Craiceann bodhrán summer school on Inis Oírr in June 2013 I presented the ChangeHED skin holding system.

ChangeHED is more than just a drum.
ChangeHED is a drum system – a system with components that can be flexibly combined and replaced, at any place and with parts from any manufacturer. 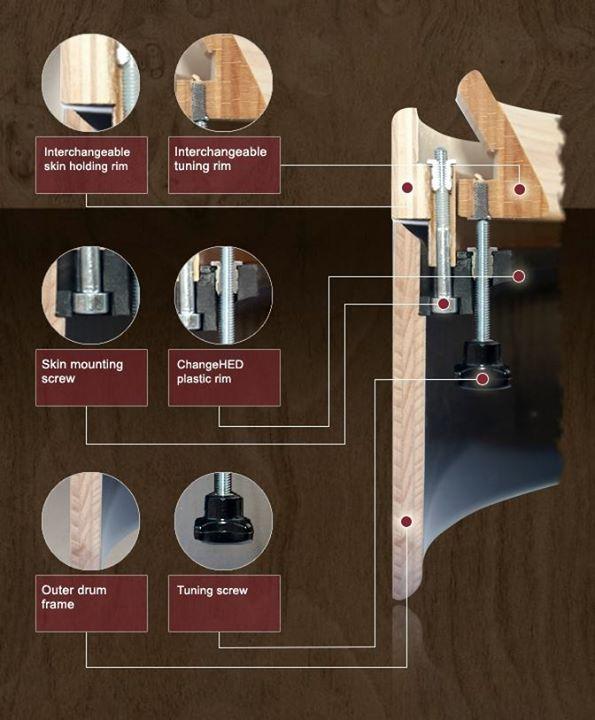