Delivery times update
bodhrán-info is in full operation despite the difficulties the current pandemic brings. Delivery might be a bit slower, but still works for most countries. However, we are told by DHL that we are not able to deliver to some countries at the moment. Since the situation is very dynamic, please check here for the latest updates from DHL.
Brexit
Dear customers in the UK, please note: Due to the new tax regulations in the UK after brexit the minimum order price for orders to the UK is 150€. If you want to understand why, please follow this link. All orders above 150€ are shipped without German VAT, so the price marked as "netto" is the relevant price for UK orders.
Orders to Northern Ireland are not affected, please use Northern Ireland as your country at checkout. Do not use UK!
HomeShopBodhransTrHED

The drum skins used here are very rare, so delivery time might be longer than usual for this model. I try to keep this walnut version in stock, the other two models can be pre-ordered and are produced within 3-6 months after your order.
TrHED beech sunburst 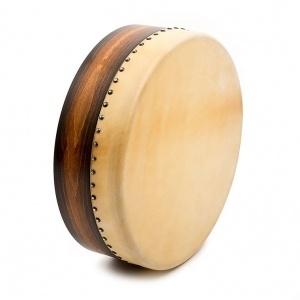